Lets take a quick look at the upcoming leaderboards. 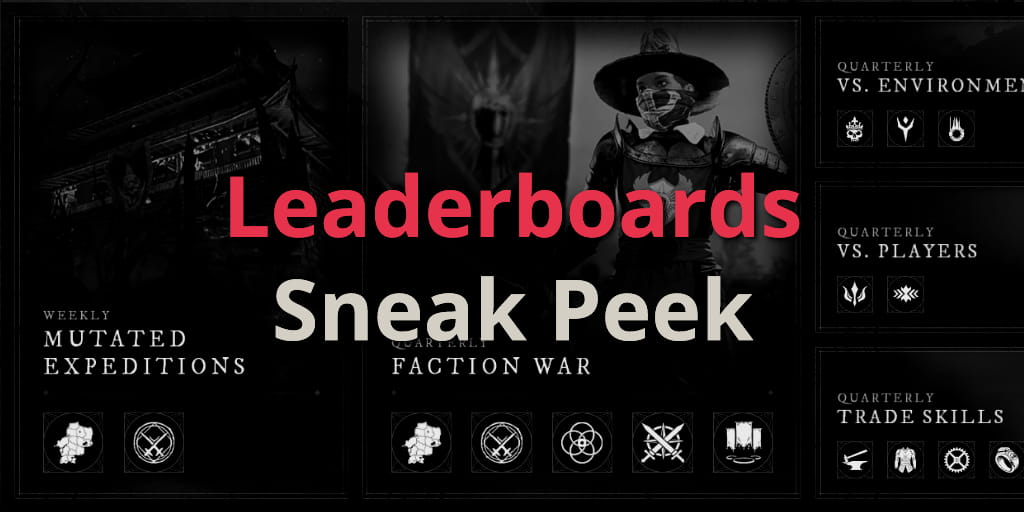 Disclaimer: This is datamined content, so, things may change. We should see Leaderboards on PTR soon enough, most likely in a more complete version.

Leaderboard is split into Maximum Score and Clear Time (Gold only) categories.

Faction leaderboard only tracks the Days Governed for territories.

PvE leaderboard is only tracker by character and includes Invasions, Corrupted Breaches and Trials (comonly known as PvE arenas).

Only tracker by charater and includes Score, Wins, Kills, KDR, Healing, Resource Contribution and Damage, both dealt and absorbed.

This track the amount of legendary items crafted and legendary fish caught.

Published 3 days ago, by BagginsTV